Today’s Source for Current News in the Catholic Church

2. Roughly 15% of all the hospitals across the United States are Catholic hospitals and in many countries around the world the church provides the only education, healthcare and social services people have access to. 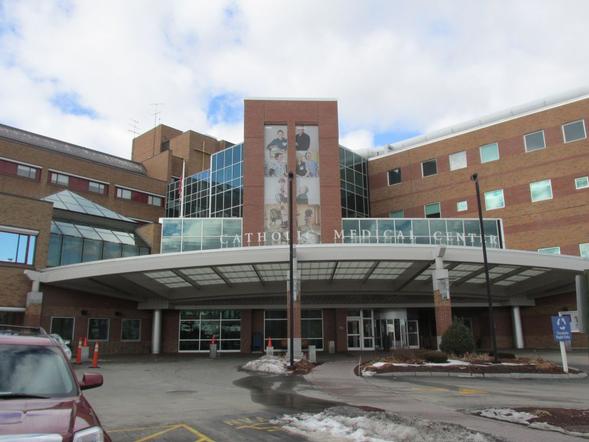 3. With a population of only about 500 people and statistically a little over one crime per day, Vatican City has the highest crime rate in the world. Per capita the crime rate is over 100 percent!  You need to bear in mind that Vatican City is only one square mile, but it has more than 20 million visitors annually and most of the crimes are petty offenses done by tourists.

4. The inventor of the printing press Johannes Gutenberg was Catholic and the first book to ever be printed was the Catholic Bible.

5.  The entire composition of the bible, the books that were included how they were organized by chapter and verse was put together by the Catholic Church.  Later Protestant churches removed the books that conflicted with their ideology, Martin Luther removed many books including Tobit, Maccabees, Sirach, Judith 1 and 2 and Baruch.  Martin Luther also tried to remove Revelations and James but his followers were strongly opposed and the books stayed.

6.  The expenses of the Catholic Church are higher than Apple’s revenue. In 2012 the expenditures were more than $170 billion while in that same year Apple earned $157 billion in revenue.  Most of the expenses were largely charity organizations.

7.  There isn’t actually an official number but there are more than 10,000 saints recognized by the Catholic Church. Technically any person who enters heaven is a saint so the number of saints is considerably larger than those that are recognized.  Here is a video explaining how the Church declares saints.

8. In an emergency any Catholic can perform a baptism, if there is someone near death. It’s valid as long as the person being baptized desires it.  There are guidelines that needs to be followed and the practice should be left to trained clergy.

9. The pope’s security service is the Swiss Papal Guard, the uniforms were designed by Michelangelo and they are armed with halberds. Each member of the guard must complete military training in Switzerland, be male and Catholic.  They must be at least 5’8” tall and demonstrate good conduct.  If they are lucky enough to be chosen they are granted a private audience with his Holiness.  The Swiss Guard is the longest serving active military unit in the world, they have been around since 1506.

10. The Pope must be at least bilingual, Latin is the language of the Church and the most must be fluent in order to conduct the day to day business. Since the pope is also the Bishop of Rome he must also be fluent in Italian.